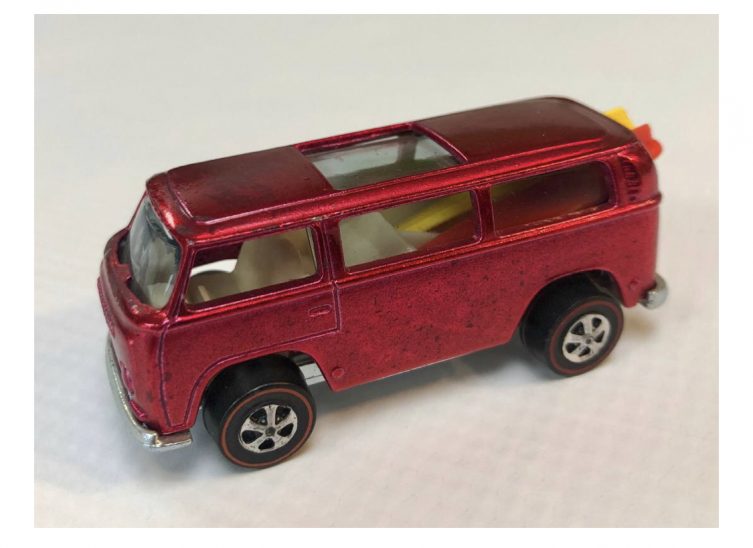 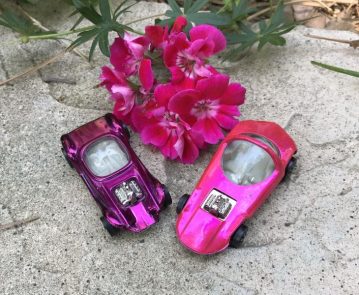 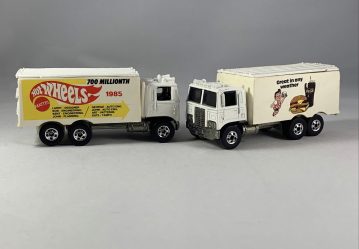 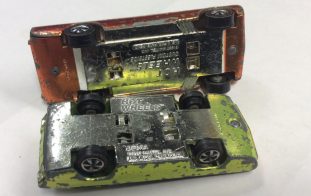 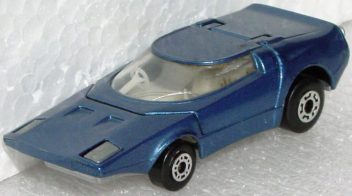 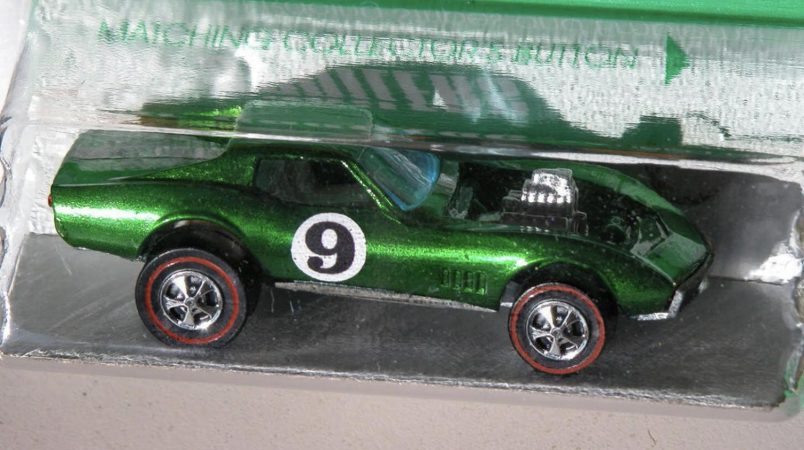 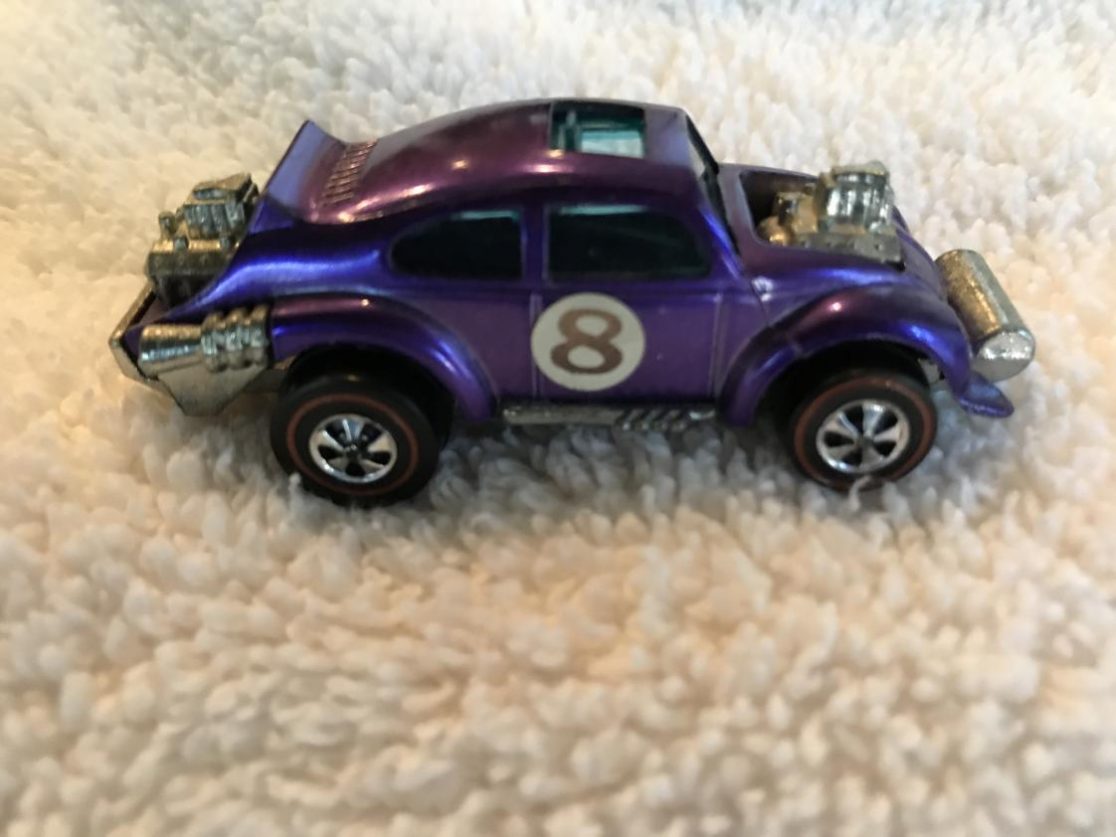 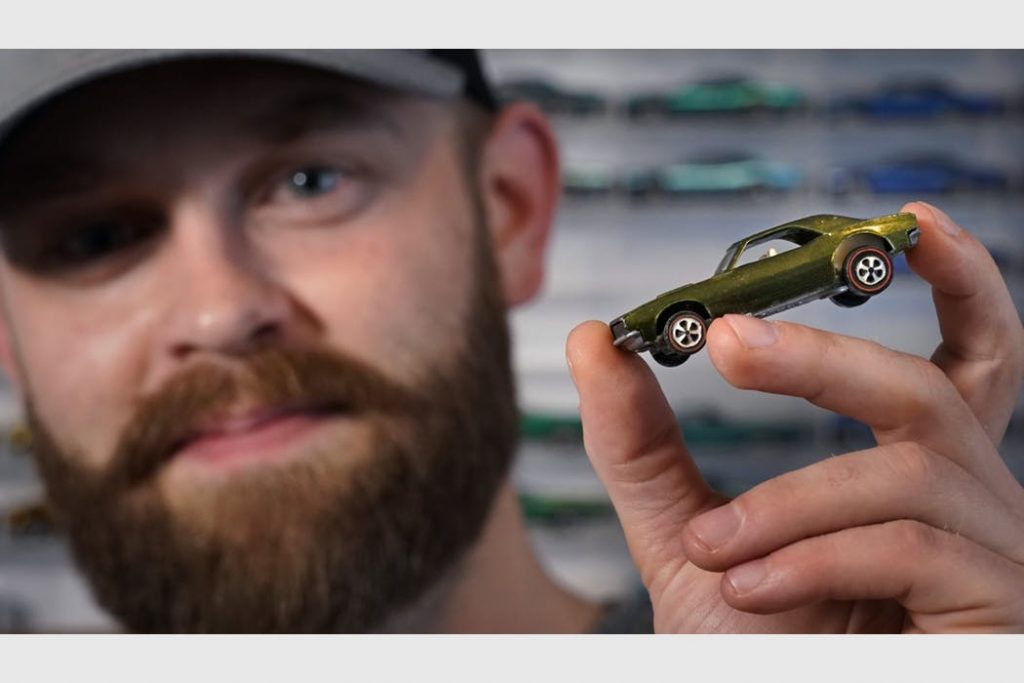 Adult collectors are obsessed with the tiny cars, hoarding them by the hundreds, selling rare ones for thousands. 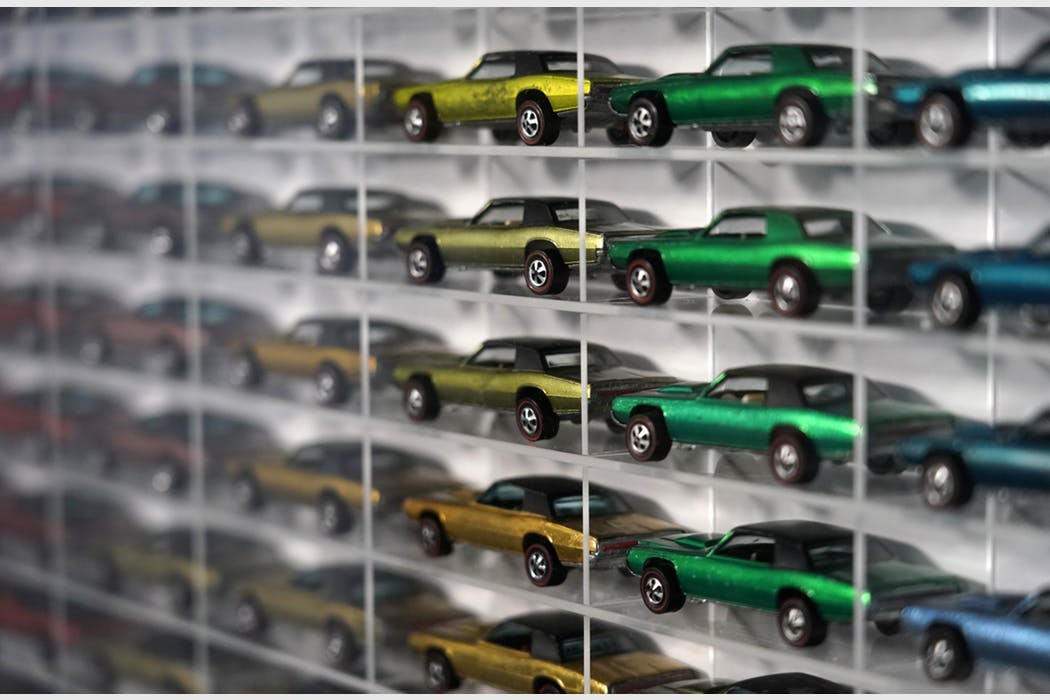 Hot Wheels collector Ryan Wurzbacher has nearly 1,000 of the first cars issued, in 1968, framed in his Andover home.

On a Saturday morning in the middle of December, a couple dozen people gathered at a largely empty Kmart store on Lake Street soon after the doors opened.

As Christmas music played from the sound system, they surrounded four long tables, set up next to the Donald Trump and Hello Kitty Chia Pet heads. Sealed cardboard boxes marked “TOYS” were placed on the tables.

Precisely at 9 a.m., a store employee gave a signal, and each person quickly slit open a carton and started rifling through the contents. According to the rules of the event, they had exactly five minutes to find what they were looking for.

It wasn’t the latest hard-to-get toy for a child at home.

This is the world of the Hot Wheels collector. 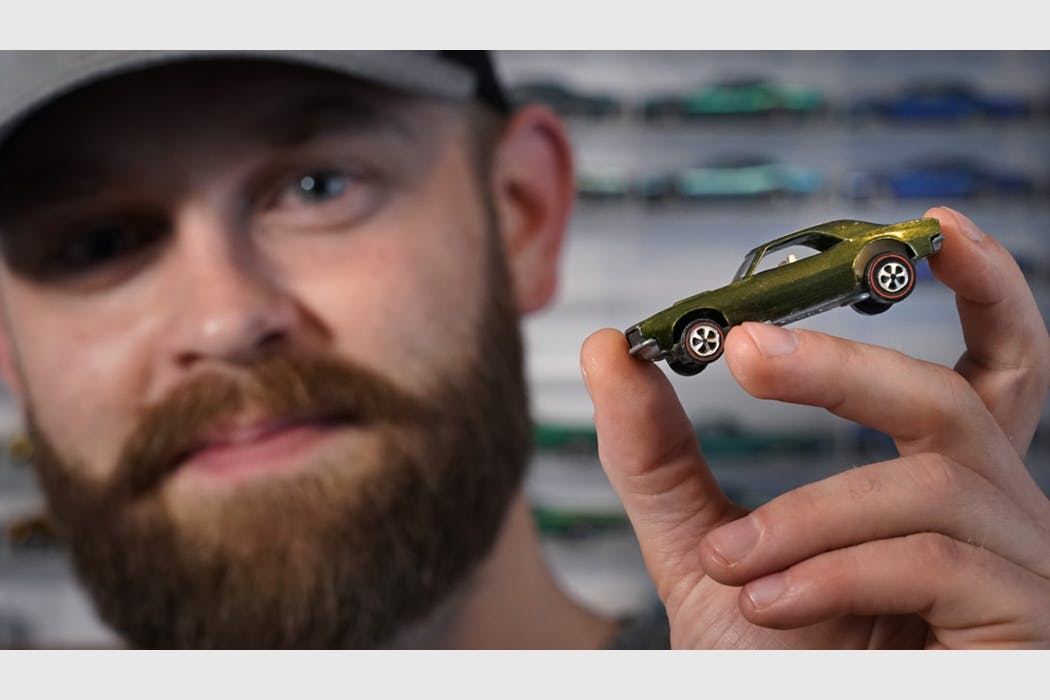 Wurzbacher of Andover held up his favorite car, a 1968 olive green Camaro with a white interior that cost him about $2,000.

Hot Wheels, launched by Mattel in 1968, have turned out to be one of the world’s most successful toys. The miniature cars — engineered to roll fast, painted in flashy metallic colors and modeled after American muscle cars — were a hit from the start, speeding past the older, stodgier British toy car competitor, Matchbox.

Mattel has produced more than 6 billion cars, almost enough for every person on the planet to have one. Every year, another half a billion cars roll off the assembly line, about 16 cars per second.

But many of those 1:64th scale hot rods will never go “vroom-vroom” across a dining room table or race down an orange plastic track. Because for thousands of adults, they’re not really toys.

They’re die-cast trophies of the hunt, the focus of obsessive searching for the old, the rare, the odd, the valuable. They’re hoarded in collections that can number in the thousands, and traded for hundreds, even thousands, of dollars. 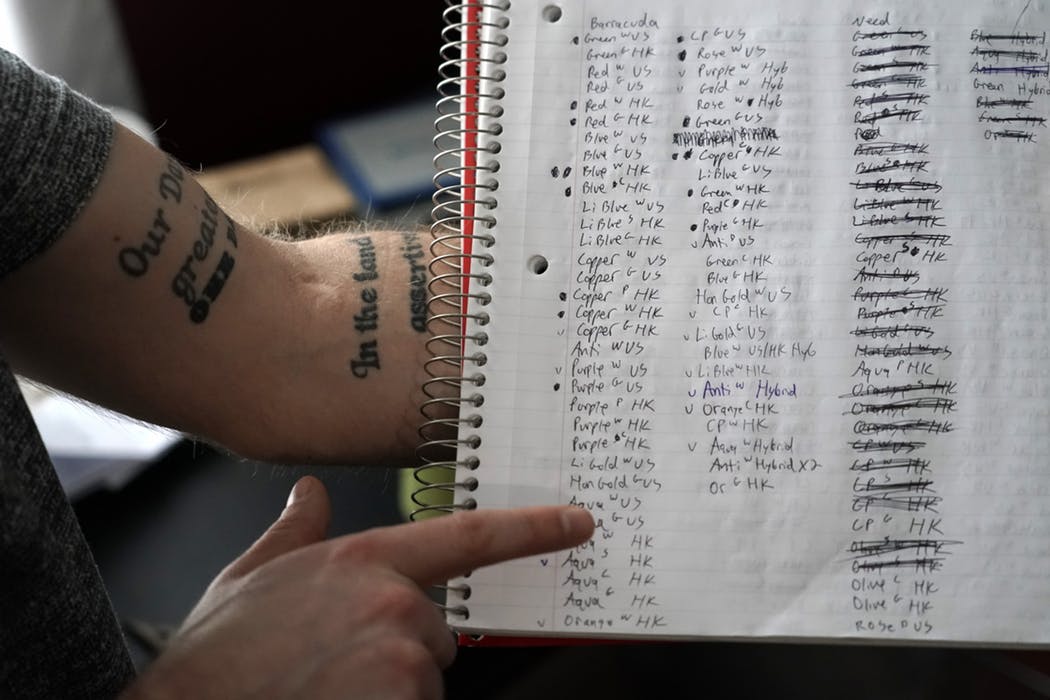 Wurzbacher keeps a spiral notebook listing the cars and what is still needed.

Hot Wheels collecting by adults took off in the late 1980s and early 1990s, when the first generation of kids who played with the miniature cars became adults, according to Kris Palmer, a Minneapolis author who wrote “Hot Wheels: From 0 to 50 at 1:64 Scale.”

Starting in 1995, Mattel fed the collector market by randomly mixing rare Treasure Hunt and Super Treasure Hunt cars in cartons shipped to stores. That’s what the people at the Kmart event, called K-day, were all looking for. If they find a new Treasure Hunt car in a store, they can buy it for 99 cents and turn around and sell it to a collector for $20 or $30. 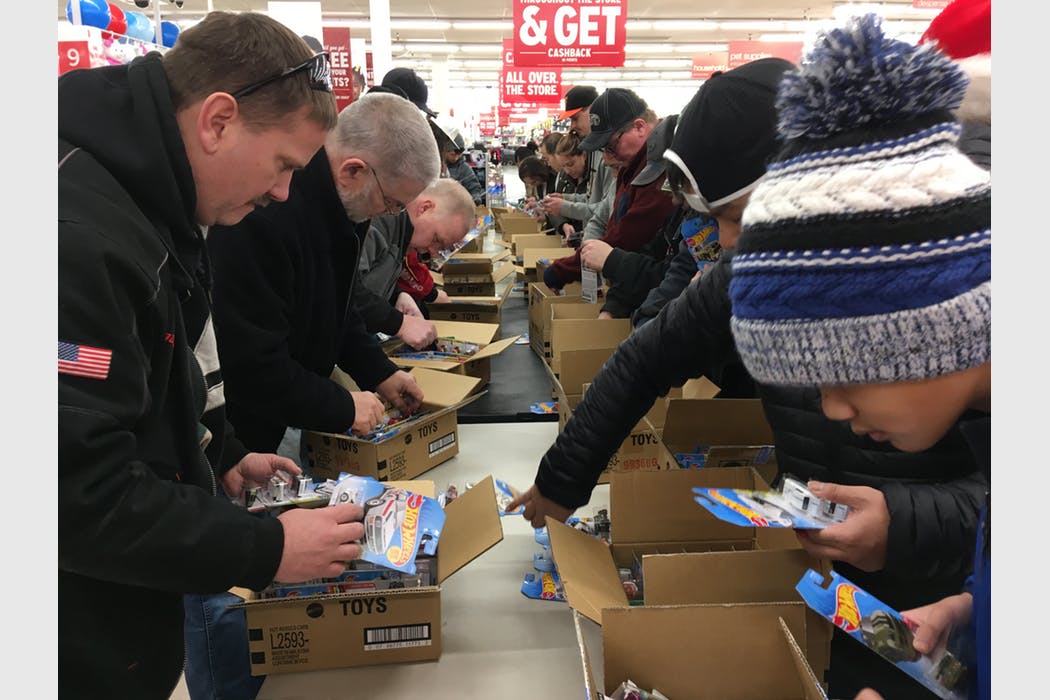 Hot Wheels collectors rifled through newly opened cases of Hot Wheels at a special collectors’ event at the Kmart store in Minneapolis.

“Lonesome” Dave Engen, a 57-year-old Minneapolis man and a K-day regular, doesn’t own a real car. Still, he estimates that he has nearly 5,000 Hot Wheels cars.

He’s the type of collector known as a “door warmer,” who goes to a certain Target store every morning when it opens to see if a new, desirable Hot Wheel car had been stocked on shelves overnight.

Engen became such a fixture at Target that everyone knew him — by his nickname. “People would call me Hot Wheels instead of Dave,” he said.

Some collectors hit multiple stores on a daily basis or go on late night “pallet raiding” trips to a 24-hour Walmart store, hoping to be the first to catch a load of Hot Wheel cartons being pulled out of the back.

“There’s literally guys hanging around the floor waiting for the pallet to come out,” Engen said. 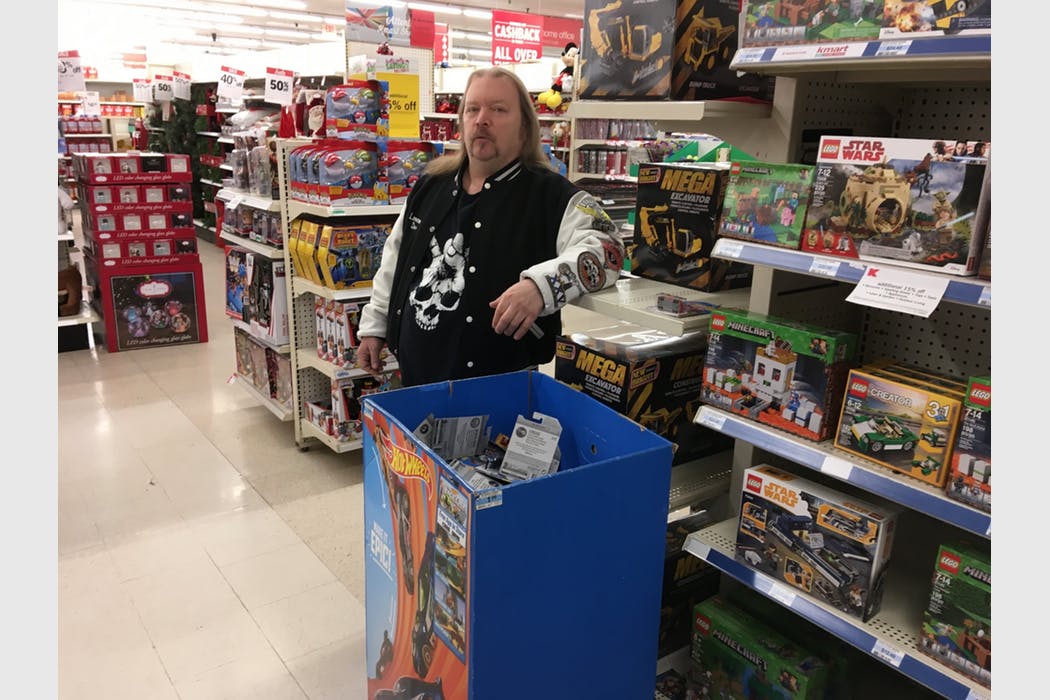 Hot Wheels collector “Lonesome” Dave Engen in front of a “bin of death” display of Hot Wheels at the Kmart in Minneapolis. Collectors dislike seeing new cars displayed this way because it damages the packaging.

The most avid collectors cozy up to store employees to get first dibs. They research inventory and stocking schedules. They learn packaging codes by watching YouTube unboxing videos.

“You have to be consistent if you want to score anything,” Engen said.

He even got a job at his local Target store, stocking shelves and unloading trucks.

“I can search through 40 cases in under 30 minutes — which was the length of my break,” Engen said. “I guess I can talk about that stuff. I don’t work there anymore.”

Mattel said it has produced more than 20,000 variations of Hot Wheels. It’s pretty tough for most collectors to collect them all. So collectors typically find a niche.

Engen likes cars that come in the color purple. He figures he has about 1,000 of those. He has about 1,000 versions of the Rigor Motor Hot Wheels model, a coffin-shaped car loosely based on the Drag-U-La, a custom car used on “The Munsters” television program from the mid-’60s.

He also has storage tubs full of “error cars,” toys that were packaged with an obvious defect. They might be missing a wheel or were mistakenly packaged as just a pile of parts. These “lunch break cars” made by careless workers are like postage stamps that are accidentally printed upside down. The goof-ups make them rare and collectible.

Ryan Wurzbacher is hooked on Hot Wheels made nearly 20 years before he was born.

About five or six years ago, the 31-year-old Andover man saw some vintage Hot Wheels cars that his uncle owned, painted in the original Spectraflame colors prized by fans for their sparkly finish. 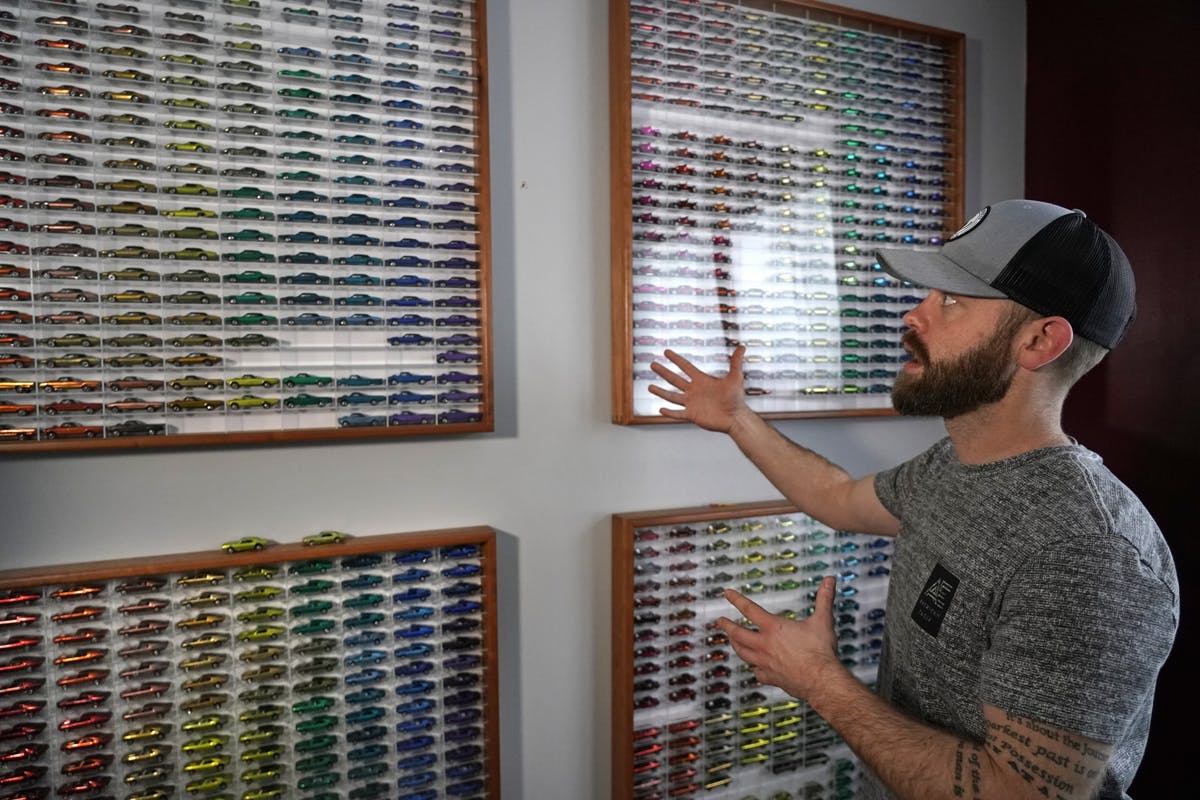 “I couldn’t believe a toy could look like that,” Wurzbacher said. “It really is a love story. I thought they were beautiful.”

Wurzbacher, a recovering alcoholic, said he needed a hobby to keep himself sober, so he began collecting Hot Wheels, focusing on the Original 16, the first set of cars issued in 1968.

For Wurzbacher, it wasn’t just a matter of collecting one Corvette, one Camaro, one Barracuda, one Mustang and so on until he had an example of all 16 makes.

In 1968, each of those first 16 cars was sold in multiple body colors and three interior colors. The ones made in the United States had clear windshields, while the ones made in Hong Kong had blue windshields. In other words, there are hundreds of potential variations.

Wurzbacher decided he needed to find each one.

The Original 16 came in many combinations. “I couldn’t believe a toy could look like that,” Wurzbacher said. “It really is a love story. I thought they were beautiful.”

He’s pretty close. He has nearly 1,000 1968 Hot Wheels,  no two exactly alike, many in like-new condition even after half a century. They’re hanging in custom cases on a wall in his house.

He devotes two of the three bedrooms in his home to displaying, storing, selling or trading Hot Wheels. When he feels like he’s finished with 1968, he said, he’ll move on to 1969.

“I take so much pride when I’m able to cross something off my list,” he said. “They’re pieces of art to me.”

The way they were

Even the packaging has value to Hot Wheels collectors. Some collectors use protective plastic covers to keep the cardboard packaging of unopened toys pristine.

Wes Torsch, a 59-year-old collector from Edina, said he had to have every variation of the “blue card” Hot Wheels sold in the 1990s that used blue cardboard packaging.

But it’s possible to spend even more for a toy that normally retails for about a buck.

The Beach Bomb, described as “the holy grail of Hot Wheels,” is a rare 1969 prototype of a VW bus with surfboards hanging out the back window. It’s said to be worth up to $150,000.

Kevin Marsh, a 58-year-old Lake­ville collector who runs the Northland Diecast Collectors group, got into the hobby in the early 1990s, when he would buy one car for his young son and one for himself on visits to the store.

“Pretty soon it was one for him, and three for me,” Marsh said.

Marsh now has about 3,000 cars, including 57 cars that he owned as a kid. One of those is a dark blue Camaro, the very first Hot Wheel model issued by Mattel in May 1968.

Marsh’s well-loved toy is missing the hood and the paint is nearly all worn off. In that condition, it’s probably worth about $1, not much more than the retail price 50 years ago.

If it had never been played with, the car might be worth $100. Restored and repainted so it looks new, it might be worth $15 or $20. But Marsh said he would never do that. Serious collectors like their toys to be kept in the original condition. There’s also the sentimental value to consider.

“I don’t want to change it from the way I played with it,” Marsh said. 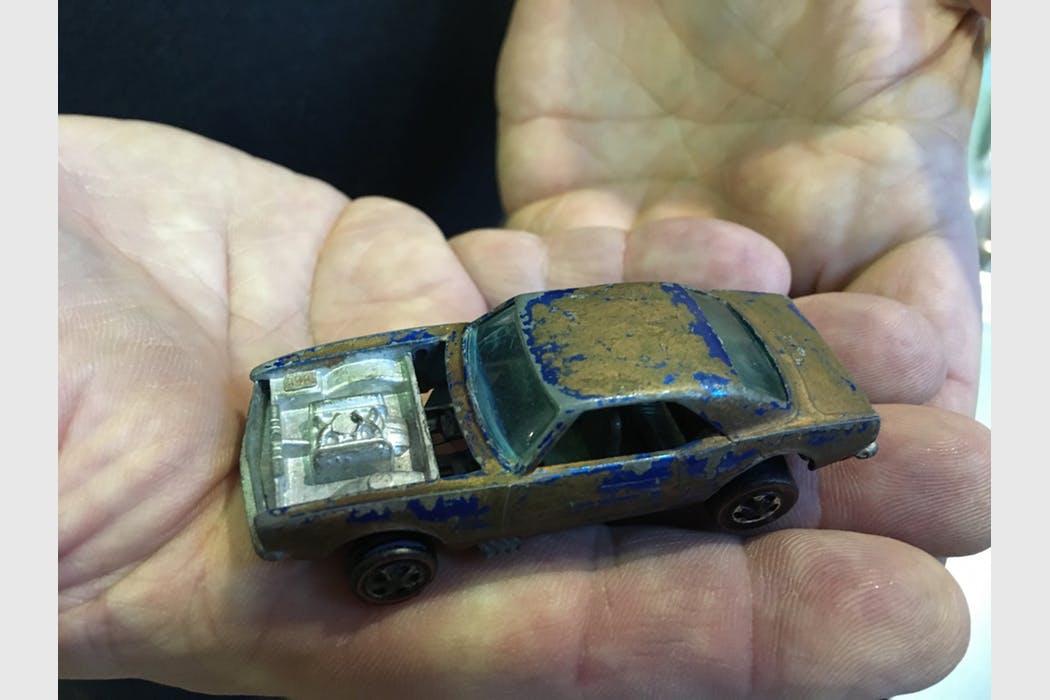 Hot Wheels collector Kevin Marsh held an example of the first Hot Wheels model made, a Camaro that he played with as a kid in 1968.

Richard Chin is a feature reporter with the Star Tribune in Minneapolis. He has been a longtime Twin Cities-based journalist who has covered crime, courts, transportation, outdoor recreation and human interest stories.

Please visit HERE to see this absolutely rare one of kind pieces. 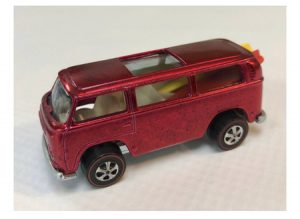 And while looking, check out the TTP VAULT for some other incredible rare Diecast pieces and memorabilia.