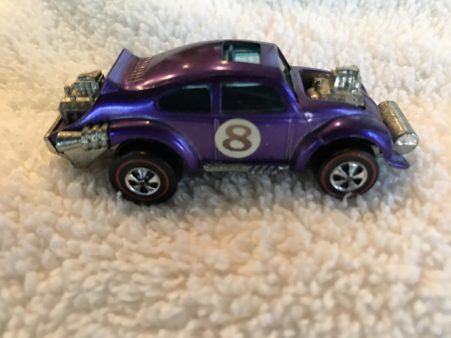 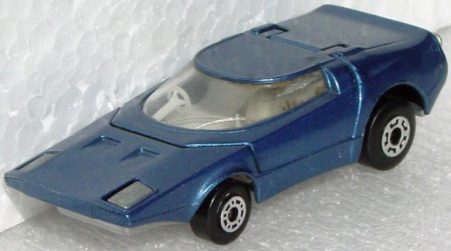 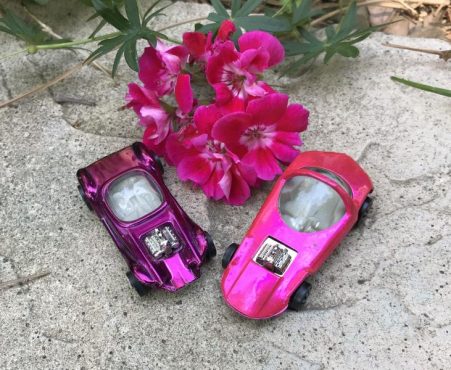 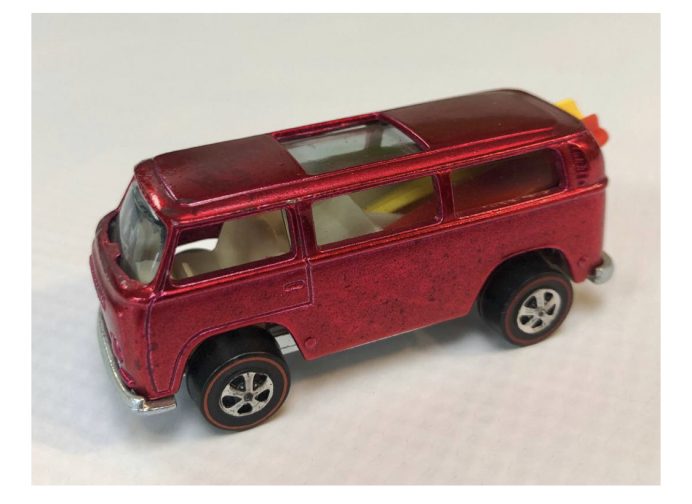 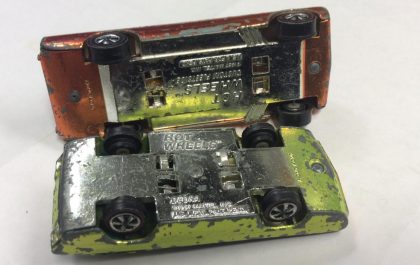 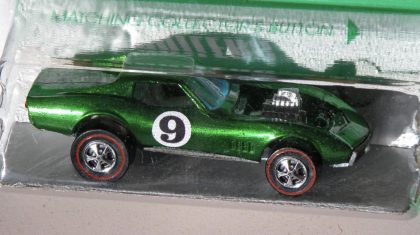 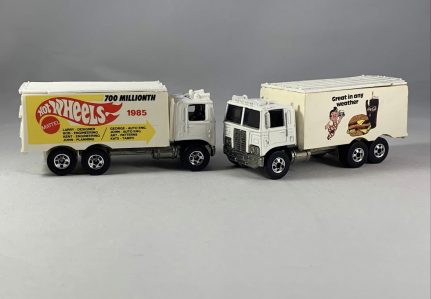 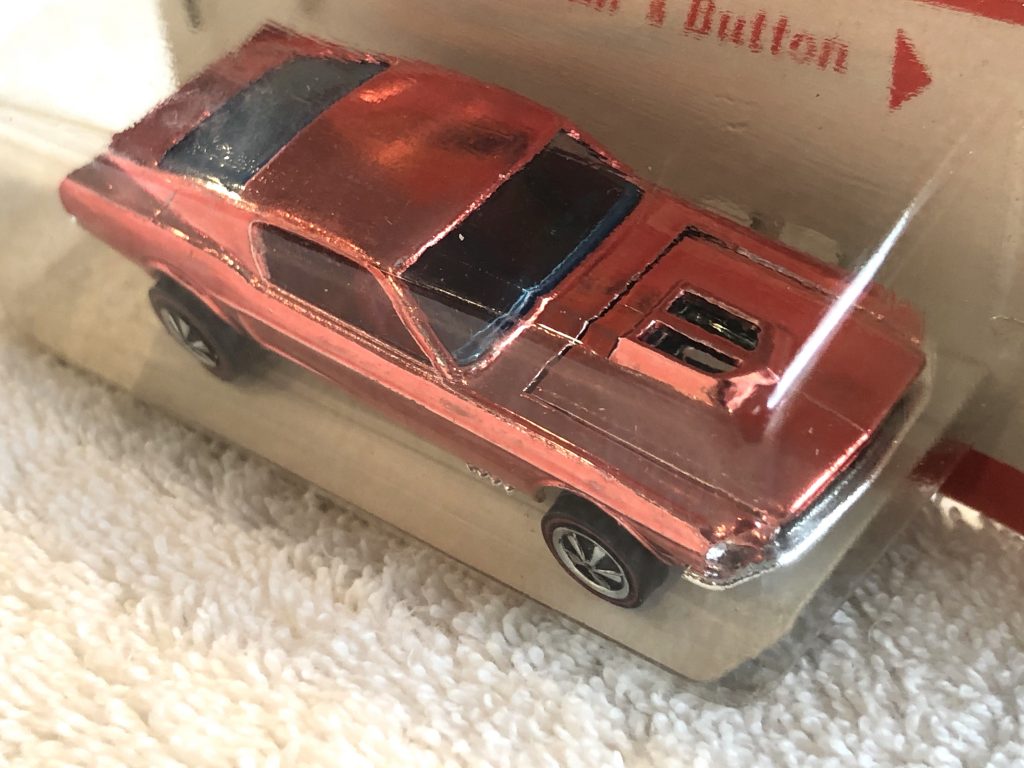 Hot Wheels celebrated its 50th anniversary in 2018 with one of its best years ever. We called our old friend and Hot Wheels-fanatic Bruce Pascal to check up on what’s changed since last year in terms of rare and valuable cars. His collection of more than 7000 items is valued at just over $1 million. So he knows his stuff.

What’s the difference between a 10-cent toy, and one worth more than a real Porsche Taycan? According to Bruce, low-volume models in original condition are the cream of the crop, even when their age is showing. The true diamonds are models with unreleased colors or wheel combinations. Pascal told us Hot Wheels can use as many as 30 different sets of wheels a year. It’s toward the end of the production run when the people who assembling the cars begin dipping into different parts buckets.

That doesn’t mean swapping parts on what you already own will turn you into a celebrity at the next Antiques Roadshow. Pascal said that just like with real cars, adding aftermarket parts or custom paint can actually devalue the original. The cheaper Hot Wheels, known as beaters, are worth a couple dollars, at most. Even if they’re cheap, some are still highly sought after by artists and customizers who wish to cut costs in their restoration efforts. With Pascal as a guide, here are the hottest Hot Wheels.

Although these beaters don’t burn oil, they fall under the same price range as real cars that share the same term. What they don’t hold in collector value, they make up for in demand from the people who turn restoring or modifying die-cast cars into an art. These misfit Hot Wheels are high-mileage playthings, but isn’t that the whole point of a toy?

First issued in 1974, Rodger Dodgers with a black interior are relatively common; those with the white-colored interior are rare, as pictured here, and are the ones that collectors desire.

There is no shortage of Hot Wheels based on the Chevrolet Camaro, which was issued in numerous forms since its introduction as one of the original Sweet Sixteen cars. This brown-over-white version is one of the rarest, and some collectors claim it was only ever used for store display purposes.

Reportedly the first Hot Wheels car to make the transition from the drawing board to production, the Enamel White Camaro was intended as a prototype for designers to use as a muse. Some of them were mistakenly packaged and sent to stores, however, making each one another rare find.

The first Japanese import vehicle to be cast as a Hot Wheels car, the Datsun Z-car-inspired Z-Whiz was issued in 1977.

Rarity does not always beget value, but in the case of the blue-colored Rodger Dodger model, it does: It was produced in ultralow volumes and is very desirable.

Designed by Larry Wood, the Superfine Turbine was one of three new castings released in 1973. It was reissued in 2010.

The Red Baron is one of the most popular Hot Wheels of all time, and it has been in production on again and off again for decades. Sensing a theme yet? It is the early production model with the white interior that sets this ultra-collectible Red Baron apart from those with black interiors.

Designed by Paul Tam, the Open fire is based on a stretched AMC Gremlin. Because if there’s one thing this world needed more of, it was more AMC Gremlin . . .

The Olds 442 was issued in the the usual array of Hot Wheels colors, but those with the combo of a red exterior and black interior are anomalies, believed by many collectors to be pre-production pieces. Some authorities claim that fewer than 15 examples exist today.

Based on the car of the same name designed by the legendary Ed “Big Daddy” Roth of Rat Fink fame, the 1968 Beatnik Bandit was one of the original Sweet Sixteen Hot Wheels issued in 1968. Available in approximately 18 colors, the Beatnik Bandit’s most sought-after hue is this ultra-rare pink. This is the version that brings the bucks.

Produced at Mattel facilities in both the United States and Hong Kong, the Ferrari 312P is almost always found with a black interior. That makes examples that came with a white interior the rarest of the bunch.

Hot Wheels used numerous shades of blue, purple, and magenta for its models, and it is easy for the novice collector to confuse them all. Bone up on your color-wheel skills and find the purple, because it is the rarest of Mattel’s Bye Focal colors. This Spectraflame Purple Bye Focal model is also subject to “crumbling,” a condition in which the body or chassis develops cracks and literally begins to crumble.

The car that would become the Hot Wheels Python was initially called the Cheetah inside the company. It was based on the Dream Rod built by Kustom Kulture pioneer Bill Cushenbery. Before the decision was made to change the name to Python, a small number of Cheetah prototypes were assembled, and, predictably, a few escaped the confines of the Hot Wheels empire. Reportedly only made in red, these Cheetahs have been hunted by Hot Wheels collectors ever since.

Issued as part of the 1969 Hot Wheels series, the brown ’31 Woody is considered by some redline experts to be extremely rare. Many guesstimate that fewer than a few dozen exist, a number that includes some prototypes.

Issued only in the U.K. as part of Mattel’s sponsorship deal with racer Ed Shaver, this model has been on the radar of collectors for years. According to experts, the only thing that differentiates the genuine Ed Shaver AMX from the more common non–Ed Shaver models is the graphic treatment. Therefore it is critical that, should you come across one of these AMXs, you determine whether or not the stickers are sly reproductions.

Manufactured exclusively in Mattel’s Hong Kong facility in 1971, the purple Olds 442 is considered by many collectors to be not only the rarest Olds Hot Wheels car but the rarest of all production redline Hot Wheels.

Made between 1969 and 1971, the Custom Charger was an extremely popular model. The exception is the brown variant, of which only a few are known to exist. Many collectors consider it to be a prototype, not a series production model.

Everyone knows what a Mad Maverick looks like, so we focused on the important part here: the base. While there is no shortage of Mighty Maverick Hot Wheels in circulation, there only are a few with its original name, “Mad Maverick,” cast into the baseplate. It was changed due to a copyright issue with rival toy manufacturer Johnny Lightning, which had previously issued a Mad Maverick, so the pre-name-change cars are highly sought after.

While there are many lime or “antifreeze” Hot Wheels, this is a rare antifreeze-over-chrome-finish Camaro used for advertising purposes. Made the same way as a Christmas ornament, the Camaro showed up in commercials with higher production values, and only 20 Hot Wheels cars with this special finish are known to exist.

This Strawberry Over Chrome Mustang has a story to tell. Recently purchased from an estate after the owner’s death, this car had previously resided in a mobile home park—inside a vacated/untouched trailer for over 25 years.  It’s one of only two models and, like the Over Chrome Camaro, was meant for advertising purposes, was for internal use only, and never sold. How did it get from the hands of Mattel execs to a mobile home? We may never know.

Widely heralded as the most collectible Hot Wheels extant, the rear-loading Beach Bomb is a prototype that for years remained in the possession of a Mattel employee. Unique in that its surfboards load through the rear window, the Beach Bomb proved to be too narrow and top-heavy, so the design was replaced with a slightly different version that featured side-mounted surfboards and a full-length plastic sunroof for a lower center of gravity. Although a few additional copies in different colors managed to slip into public hands, only two Pink versions are known to exist.

Thanks to Bruce Pascal for permission

3 thoughts on “The Most Valuable Hot Wheels Cars Ever!”