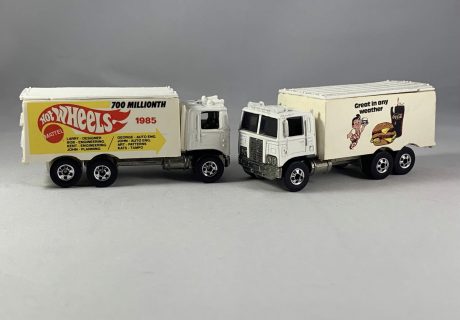 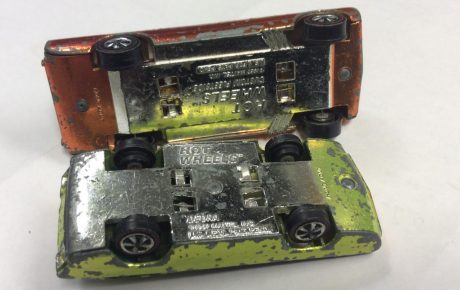 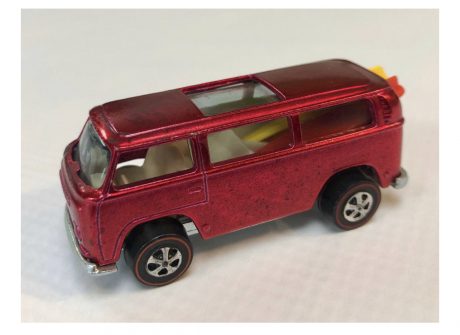 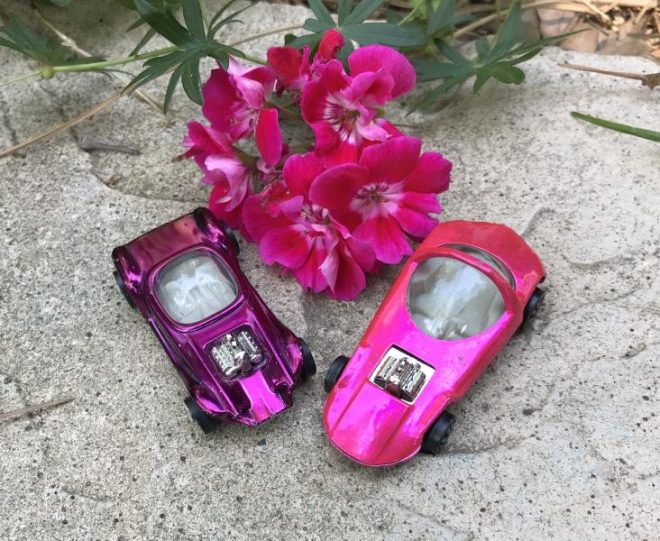 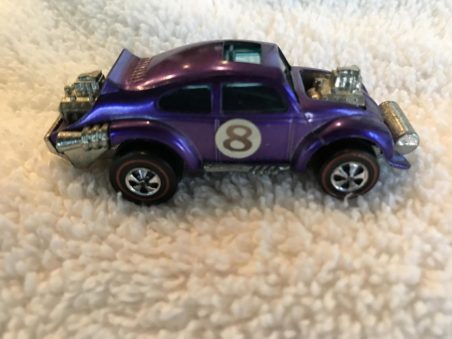 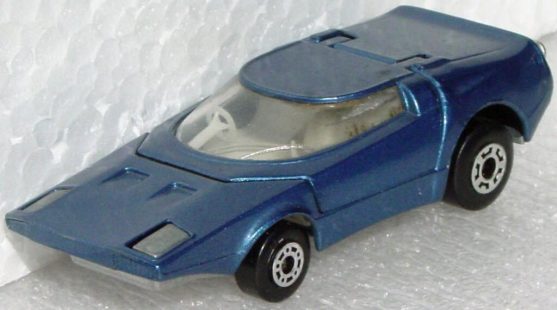 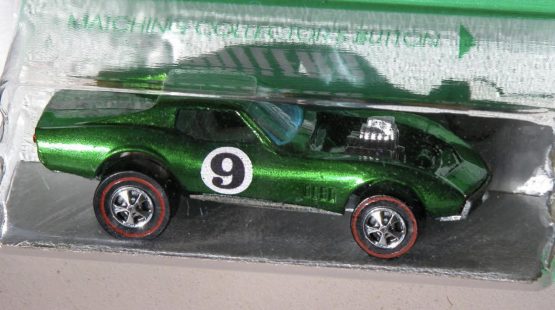 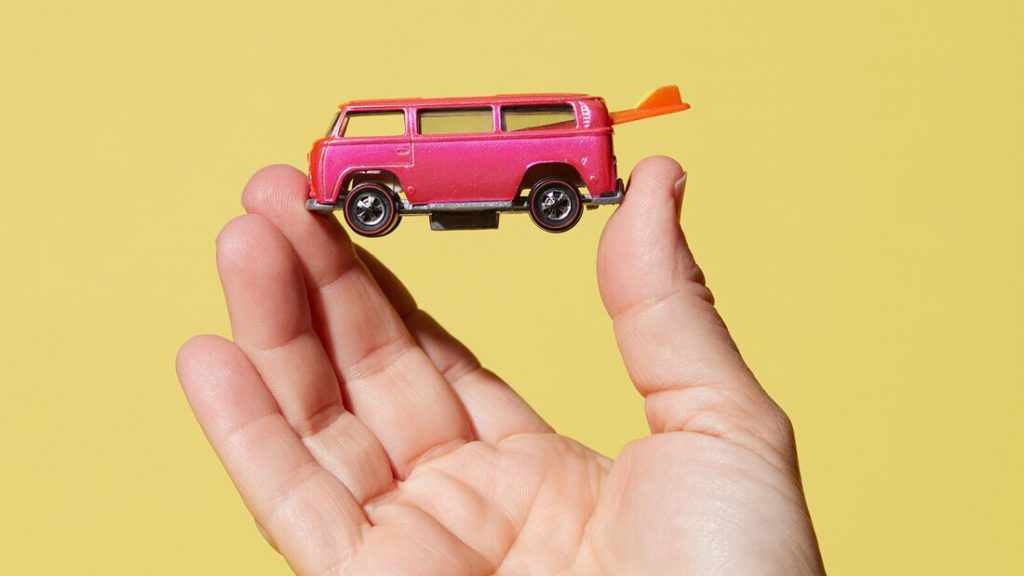 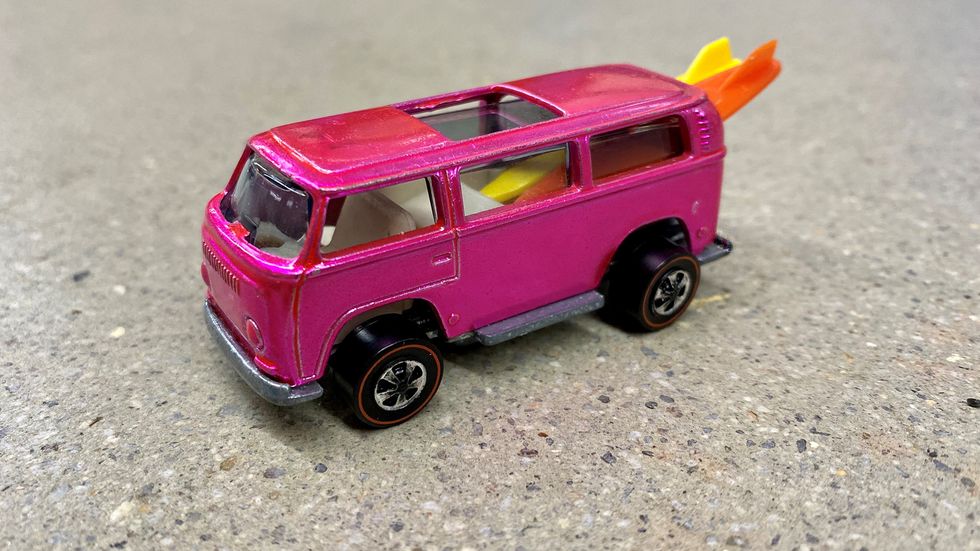 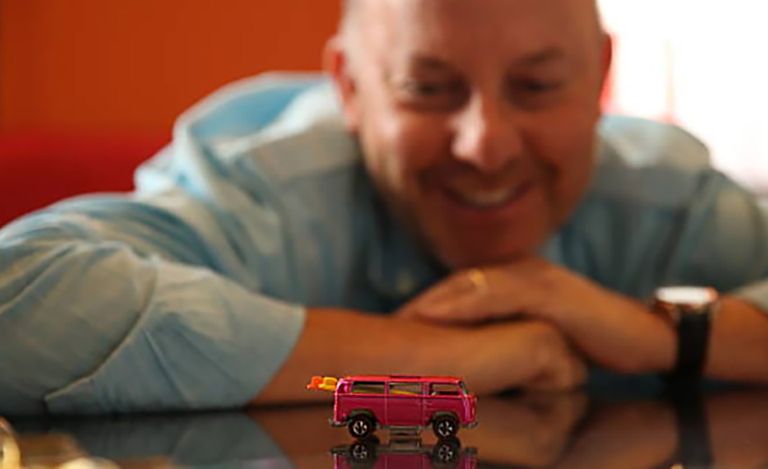 The Pink Beach Bomb was Mattel’s first attempt at designing a Volkswagen Microbus. The problem, for the toy maker, was that by putting the surfboards into the bus through the rear window, the weight balance didn’t work out, so Mattel redesigned the VW van with thicker, heavier sides and put the surfboards on the side as well. After all, the whole point of these toys was for kids to “vroom” them around, and if they fell over all the time, kids wouldn’t approve.

Pascal has been featured on Car and Driver multiple times, given that he owns around 4000 Hot Wheels toys and has another 3000 pieces of Hot Wheels memorabilia. In 2016, Pascal’s collection was worth around $1 million, and in 2018, NBC News said it was worth $1.8 million. Now, VW is highlighting the pink Beach Bomb as a way to let the world know that, even in 2020, over 40 VW Hot Wheels models were or are being released.

When Pascal got serious about collecting Hot Wheels many years ago, he made it his mission to find those pink Beach Bombs.

“I already had heard about [the Beach Bomb] in purple, green, red, light blue, and gold. I even had heard about an unpainted model,” Pascal said in a statement. “But pink was extremely hard to find. Most Hot Wheels models were marketed to young boys, who the brand assumed didn’t want to play with pink. They created just a few pink [Beach Bomb] models to market to their female audience.”

So, the pink color is the one to get. If you ever could, of course, but you can’t, since Pascal has one and he used to own the other one, but has since sold it to a friend. The one he kept for his personal museum in Maryland is stored in a dark plexiglass case to keep it protected from light and dust. Sometimes he loans it out to other museums or to event organizers for display.

“I want other people to experience the Beach Bomb,” he said. “I’ve found so much joy in learning about classic cars and Hot Wheels, and I hope I can spark some of that in other people. It’s a treasure to find these rare models.”